Greetings sports fans and welcome to Sunday morning sports. Last night was a real corker out at Cashman Field as the Las Vegas Lights FC took on the Roughnecks of Tulsa, Oklahoma.

Is it somehow wrong that I keep wanting to write Rednecks instead of Roughnecks? Talk about your Freudian slips. I saw my own front yard on the cover of a Jeff Foxworthy book once so I’m not about to start throwing stones at anyone. It said I might be a redneck on the cover of that book.

(Please direct all Tulsa Roughnecks, and redneck related hate-mail to, m.sattore@vegasvalleynews.com) Thanks :c)

Although the holiday is largely ignored in Mexico, What originally began in the gold fields of Civil War California in 1863 has since been lovingly embraced by the United Staes and is more symbolic of Mexican-U.S. relations as it is widely held that, had France defeated the Mexican army at the battle of Puebla, the French army would have then marched north across the border and leant its aid to the Confederacy and things might have turned out quite differently indeed and we would all be speaking Yallbonics, a form of southern fried English that I  made up just now for my own purposes.

You just have to love the poetic license. I know I do.

Last night was most assuredly a blast and the Mexican-American cultural bonds between our two countries were very much in evidence as the Light’s came out to play dressed in the garb of Mexican peasants from back in the old days.

Apparently. Colin Kaepernick was unable to attend last night’s game and so all were standing as a local artist sang, The Star Spangled Banner to a crowd of 7777. And quite beautifully  I might add. 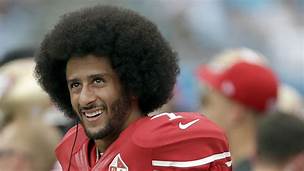 Unfortunately, due to my health being at a low ebb due to a battle with kidney cancer last October, (which I won incidentally) I have been unable to attend the last 3 matches but although I was expecting a sold-out crowd again last night those who did attend were more than boisterous enough for those who could not make it for whatever reasons.

It was good to see everyone smiling, laughing, children playing in the outfield family areas, and a good time was had by all from my own vantage point high above it all in the press box. I didn’t stay there for the entire match however I roamed about the stadium and took it all in.

Thanks for the use of the photo, Nick Cotsonika, and the LV Golden Knights.

By the way, have I mentioned the Las Vegas Lights FC’s next home game yet?

Certainly, it cannot be said by anyone that the Golden Knights do not deserve their props and a great deal of respect for the way they bounced back from the brink of a playoff season spent in front of a television screen watching another team playing in their stead and instead reaching the brink of the West Finals. The Knights now stand within what is not an unreachable distance from hoisting the Stanley Cup trophy in Las Vegas for the first time in history. Go Knights GO!

That looked a lot smaller in rehearsal. Oh well, hoorah for Freedom of the press! Go Knights Go!

They won’t let Vegas Valley News cover their games because apparently, the team decides who gets to attend their games as far as members of the media are concerned and they only seem to want national media outlets at their games so we have to stay at home and watch them on TV because we are only a local outlet.

I was allowed, and kind of but not really instructed to rant about that situation but I am far too much of a gentleman to say something like perhaps they all must have a hockey stick stuck up their collective bums. Or that, given the fact that this IS Las Vegas, I can choose from 20 other events that are just as exciting if not then as violent on any given day. Make that 50 on weekends.

For the record, I would like to make it clear that hockey without violence is called curling. Which is right up there with watching the Competitive Grass Growing Championships in my estimation.

Sour grapes are for losers and they taste like Shit-aki mushrooms. But I digress.

The halftime hijinks were top shelf and a lot of fun. The support section was in fine form and the drums were beating to beat the mariachi band that played as well. One small boy beat two wrestlers and scored a goal on them which was hilarious. Especially when the sprinklers came on over to one side of the infield goal.

What was even funnier still was when just after resuming regulation play the game had to be delayed on account of further ground-based precipitation from the sprinkler system which came on in the middle of the pitch sending players scrambling for drier pastures.

The Light’s jumped out to a 1-0 lead after 14:56 minutes played when a pass from #21 Matt Thomas to #7 Carlos Alvarez,  found the back of the Tulsa Roughneck’s net scoring Alvarez his third goal of the season.

#11, Joaquin Rivas of Tulsa, would come back at 43:40 to score the tying and final goal of the evening.

Defender and captain Joel Huiqui,  who was issued his fifth yellow card of the season and whom must now serve a mandatory 1-match suspension in the club’s next outing.

Matt Thomas was issued a red card in the 72nd minute while attempting to regain possession forced the team to go 10-on-11 for more than 20 minutes to close the night.

Coach stated at the post-game press conference, “We have a big debt to the fans, and I spoke hard with my players in the beginning, at halftime and with (Technical Director) Chelís just right now,” Head Coach Isidro Sánchez said. “Today, we had it, we smelled it and we dropped it – the opportunity.

“Today was the clearest example that we have to take these opportunities.”

Coach also seemed to indicate that the team needs to and is going to start playing more aggressively in the immediate future. Woohoo! Soccer without violence is called Foosball. Since I am a long-standing Foosball Champion circa 1977 and up, please keep your Foosball related hate-mail to yourself.

Colin Kaepernick photo courtesy of the San Francisco 49’ers and the NFL.

WE WILL NEVER FORGET THIS “THING SOME PEOPLE DID.”

September 11, 2021 Charles Ramos Jr Comments Off on WE WILL NEVER FORGET THIS “THING SOME PEOPLE DID.”

A DELIGHTFUL HOMECOMING NIGHT FOR THE LAS VEGAS LIGHTS

March 25, 2018 Charles Ramos Jr Comments Off on A DELIGHTFUL HOMECOMING NIGHT FOR THE LAS VEGAS LIGHTS

It is Wednesday again & today we are asking Justin Swinney, owner of Nokturnal Lifestyle Concierge, a few questions.  Justin

Own your Part of Vegas for only $20

July 26, 2018 Troy@NocturnalVegas.com Comments Off on Own your Part of Vegas for only $20

“It’s not the police who need to be retrained, it’s the public.”

Statements by Donald J. Trump, 45th President of the United States of America

WE THE JURY FIND THE DEFENDANT, KYLE H. RITTENHOUSE

Take A First Look At A Second Book.

Trump Talks About Joe Biden, Crime In Cities And More In Interview (VIDEO)

January 2, 2019 The Editor Comments Off on RUNNIN’ REBELS TO OPEN MOUNTAIN WEST PLAY JAN. 2 AGAINST CSU

March 14, 2020 The Editor Comments Off on KELLY CLARKSON: INVINCIBLE THE LAS VEGAS RESIDENCY POSTPONED UNTIL JULY 29

February 3, 2018 The Editor Comments Off on Car hits fence at East Las Vegas

November 9, 2018 The Editor Comments Off on The Lion King in Las Vegas Performances Begin Tonight at The Smith Center

September 19, 2021 Charles Ramos Jr Comments Off on Another American Horror Story – Abortionists Are Selling Baby Parts & Humanizing Mice With Them

November 6, 2021 Charles Ramos Jr Comments Off on Stop The Steel:

August 2, 2018 The Editor Comments Off on JADEN SMITH AND EARTHGANG TO JOIN TOUR ON LAS VEGAS STOP AT T-MOBILE ARENA FRIDAY, SEPTEMBER 7, 2018

May 2, 2018 The Editor Comments Off on Buckle Up for Some Wild Laughs with Rodney Carrington as He Returns to David Copperfield Theater at MGM Grand

August 11, 2019 The Editor Comments Off on NFL EXTENDS WAY TO PLAY INITIATIVE TO HIGH SCHOOL FOOTBALL

September 14, 2021 Charles Ramos Jr Comments Off on Statement by Donald J. Trump, 45th President of the United States of America

November 20, 2018 The Editor Comments Off on Destinations by Design Establishes Employee Stock Ownership Plan to Give 100% of the Company to Employees

Mariah Carey “The Butterfly Returns” At The Colosseum At Caesars Palace

August 28, 2018 The Editor Comments Off on Mariah Carey “The Butterfly Returns” At The Colosseum At Caesars Palace

June 23, 2020 Charles Ramos Jr Comments Off on BREAKING NEWS ALERT – TSUNAMI WARNING FOR THE WEST COAST OF THE AMERICAS

March 14, 2020 The Editor Comments Off on Hofbräuhaus Las Vegas to celebrate St. Patrick’s Day with a special menu of Irish-German fusion

Art is Alive Film Festival Is All About Class, Creativity and Cinematic Art – Authored by Michael Gentile

March 9, 2019 Cindy Mich Comments Off on Art is Alive Film Festival Is All About Class, Creativity and Cinematic Art – Authored by Michael Gentile

November 11, 2018 The Editor Comments Off on Century Communities hosts grand opening this Saturday in Tuscany Village