Greetings sports fans and welcome back for a special Pearl Harbor Day edition of Vegas Valley Sports Beat that quirky little sports and world news column that could and very likely did at some point. But that is another story for another time.

I would like to acknowledge the sacrifices of the men and women who lost their lives and loved ones on this day in 1941, and in the days that followed when early on a sleepy, peaceful Sunday morning a Japanese Air Force consisting of 353 planes launched from 6 aircraft carriers attacked without warning in two waves and hammered the sleeping naval yard with bombs, bullets, torpedoes and even Kamikaze planes for 2 hours sinking or capsizing 7 U.S. Navy ships at berth, destroying 188 American aircraft, killing 2,403 Americans and wounding 1,178 others while drawing America into World War 2 with a vengeance.

Let us never forget their sacrifices or the horror and futility of war and honor them with peace, that they may rest.

Let us now turn our attention to the wonderful world of sporting news and college football in particular. Today was super Saturday of sorts with many championship games and hopes on the line. Many underdogs took the field today with the high hopes of knocking higher-ranked teams out of contention for the #1 and #2 spots in the national championship game which now looks like it will be between Ohio State Buckeyes and the Tigers of Louisiana State University who handled the Georgia Bulldogs like puppies. I was very much hoping the Bulldogs would hand them the upset but no such luck. Not today.

Ohio State seemed to be making a statement when they allowed the Wisconsin Badgers to jump out to a 14-7 lead going into half-time. The Buckeyes came back out of the locker room and scored 27 unanswered points making the final score 34-14 and making Ohio State the PAC 10 Champions once again. This was one game I would have bet money on if I actually had any so I’m very happy I didn’t because they handled the Badgers like they were a Pop Warner league team. Okay, that might be a bit of embellishment but they did look like they were toying with Wisconsin in the way they came back and played more like the Buckeyes we all know and either love or hate. Either way, there is no denying that they took the day back in the second half and won the field handily.

I have never done this before but as a sports columnist, I believe it is my privilege to put my two cents worth in on the question of to whom should go the Heisman Trophy for 2019. On that score, I feel that no other player better exemplifies the spirit of this high honor than Oklahoma University’s quarterback, Jalen Hurts. I had the pleasure of catching a few OU games during this season and at first, I thought he was a running back because every time I looked up from my work he was running the ball and making impressive headway too.

To find out that Jalen Hurts was the quarterback was somewhat of a shock, to say the least, but it was a pleasant surprise. I like him over all of the other candidates because of his ability to stand in the pocket and rifle the football with precision and timing and his fearless habit of charging defensive lines with his head down running full-speed ahead. Watching him play is something very special because he has “it” which equates to heart and talent and a great deal of it at that. I believe that Jalen Hurts has a very bright NFL career ahead of him. 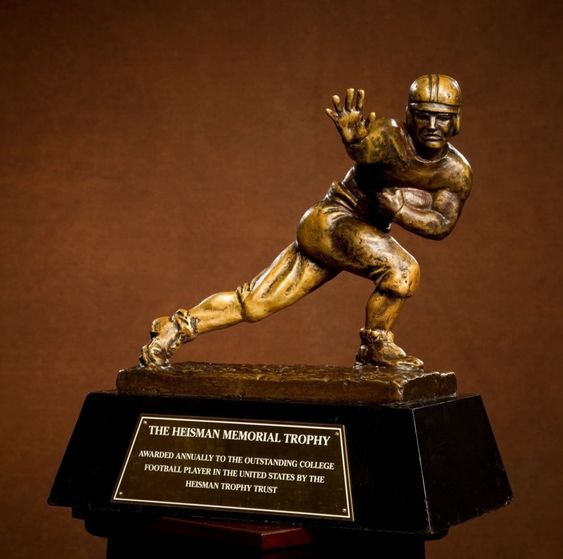 A TOUR OF THE LAS VEGAS BASS PRO SHOPS

August 8, 2018 Charles Ramos Jr Comments Off on A TOUR OF THE LAS VEGAS BASS PRO SHOPS

June 2, 2021 Charles Ramos Jr Comments Off on There’s Music In The Air At The Pahrump Music Festival June 3-6

News Nightlife Things To Do

Statement by Donald J. Trump, 45th President of the United States of America For 6/29/2021

Statement by Donald J. Trump, 45th President of the United States of America For 6/27/2021

ASAP TOWING AND TIMBERS – TWO BUSINESS REVIEWS IN ONE DAY…

RETRACTION #344: NYT ISSUES ITS SECOND CORRECTION ABOUT THE BABYLON BEE

Statement by Donald J. Trump, 45th President of the United States of America For June 02, 2021

December 17, 2018 The Editor Comments Off on Diablo’s Cantina Brings the Heat to Luxor Hotel Las Vegas

AN UPDATE ON THE CORONAVIRUS RESPONSE FROM SEN. LINDSEY GRAHAM

March 21, 2020 Charles Ramos Jr Comments Off on AN UPDATE ON THE CORONAVIRUS RESPONSE FROM SEN. LINDSEY GRAHAM

September 16, 2018 The Editor Comments Off on Alvarez wins narrow decision for middleweight title

February 17, 2018 The Editor Comments Off on HAMILTON

Accident on Decatur Blvd. and Charleston Ave. near the Arizona Charlie

January 8, 2018 The Editor Comments Off on Accident on Decatur Blvd. and Charleston Ave. near the Arizona Charlie

March 20, 2020 The Editor Comments Off on TikTok Partners With Arnold Schwarzenegger’s After-School All-Stars to Provide Food and Resources for Families Impacted by COVID-19

“JENNIFER LOPEZ: ALL I HAVE” CONCLUDES WITH STAR-STUDDED FINALE AT ZAPPOS THEATER AT PLANET HOLLYWOOD RESORT & CASINO

October 5, 2018 The Editor Comments Off on “JENNIFER LOPEZ: ALL I HAVE” CONCLUDES WITH STAR-STUDDED FINALE AT ZAPPOS THEATER AT PLANET HOLLYWOOD RESORT & CASINO

February 24, 2020 The Editor Comments Off on REBELS CLOSE OUT 5-0 WEEKEND AT FROST CLASSIC

March 23, 2018 The Editor Comments Off on Steve Aoki Visits His Madame Tussauds Wax Figure at Level Up at MGM Grand