Greetings sports fans and welcome back for another action-packed episode of Vegas Valley Sports beat the sparky little sports column that dares to ask the questions you want answers to, and stuff. For instance, much ado has been made in recent times about the absence of U.S. Supreme Court Justice Ruth Bader Ginsburg on social media because nobody had seen a recent photograph of her. Now that I think about it I have not seen a photograph of Big Foot in years. I hope he’s all right.

But it is a hot August Saturday here in the beautiful Las Vegas Valley region of Nevada and a great day to drink plenty of water. Keeping in mind that beer does not count as water and will in fact either dehydrate you faster or get you a DWI if not both. You have to admire the wisdom of vampires in one regard if for nothing else. Sleep all day and flitter about all night when it is much cooler. Especially on a Summertime Saturday night in Las Vegas. Genius.

I first saw Las Vegas from the Strip in 1976 when I was 13-years old and we were driving cross-country from California to Arkansas. I was at the wheel when my Mom who had been saying we were not going to Las Vegas suddenly decided yes we were going to Las Vegas just as the last exit off of Route 66 was coming up. After driving across a 96 mile stretch of nothing but barren desert landscape we came in sight of the lights of Las Vegas and it was indescribable. I could not believe we were there but within minutes we arrived on the Strip and I went to Circus Circus to invade the arcade while Mom and my little brother stayed at the Gold Nugget.  I still love Circus Circus and seeing Las Vegas from above at night is always a good thing.

Speaking of jungles, let us turn our attention now to the review of the movie, Serengeti. I watched in on a large screen 4G TV 2 days ago and the images are still vivid in my mind. The whole movie is, in a word, phenomenal. I was set on watching Pennyworth but because there were 5 people watching I put on Serengeti instead. From the opening shot to the very last frame of the movie it was like a cinematic Genie was released from a magical camera where it has been waiting for someone to open it like this and we were treated to movie magic. My friend’s 94-year-old Grandmother who is frail was enchanted by it from the look on her face and I can relate.

That it was a wonderful film was a unanimous 4-0 decision by everyone else watching it and I heartily agree, it was spectacular to watch. I was so enchanted by this movie that the word transfixed really does not quite do the spellbinding effect of this feature-length film justice. I was literally on the edge of my seat most of the time without realizing it.

The lions played their part majestically though I felt they were a bit too prideful at times, and the water buffaloes give a bully performance as soaring as that of the vultures. Every creature has a part to play so that even the warthogs look gorgeous covered in mud and mongooses. but it’s hilarious that of all the amazing on-screen talent everyone was upstaged by a baby elephant trying to keep his feet in the mud. He had our house rolling with laughter but they were all great performances and beautiful actors. Except for hyenas, the hyenas are creeps. 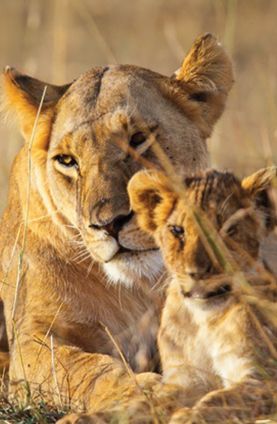 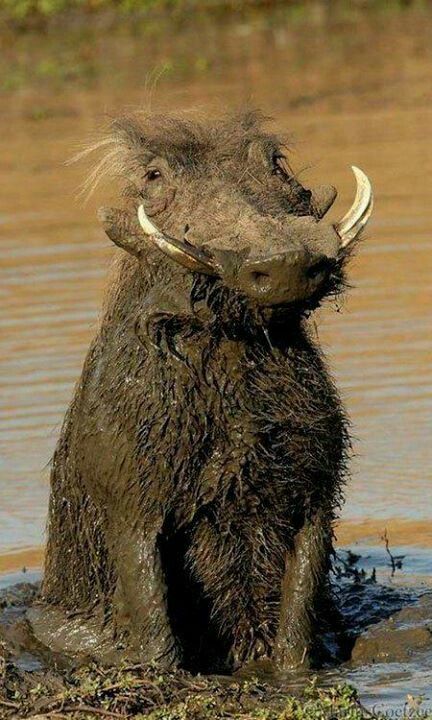 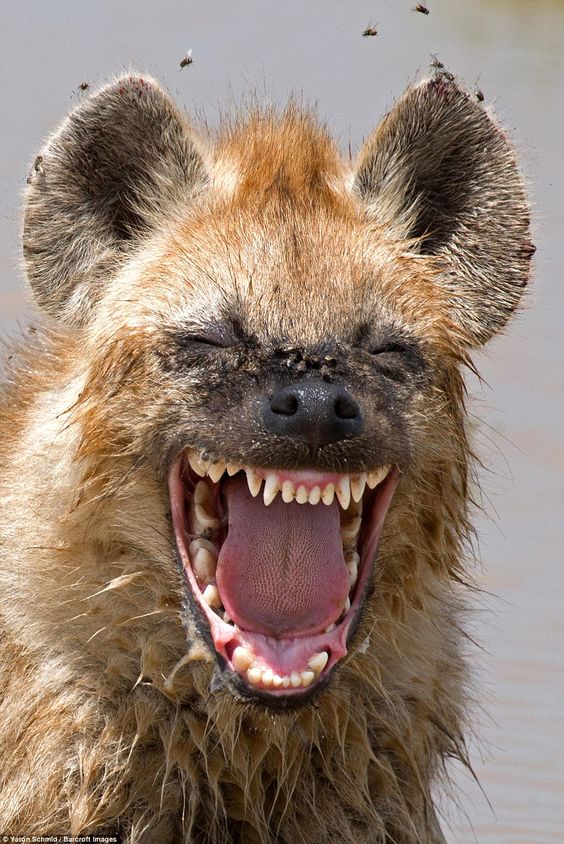 I sincerely love this movie and highly recommend it for those who love animals, the beauty of unspoiled nature, animals, or who just love a great film, Serengeti is suitable for children of all ages.

For the writers, storyline, narrative, cinematography, music, message, for the animals, for the priceless images of the heart-breakingly beautiful Serengeti, and for having gone the extra mile as they so obviously did I give the movie Serengeti a 10.5 across the board and stand in salute to applaud them for this instant classic. Bravo ladies, gentlemen, and lions alike. I’m just a working film festival judge but I believe, and the referees agree, it deserves an Academy Award for Best In Show, paws down. 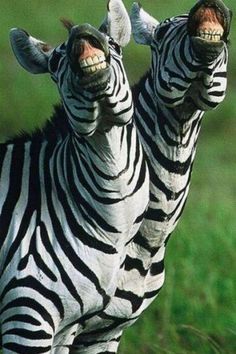 Special thanks to the producers of Serengeti and to Lego for the use of their images and for whom all rights are reserved and protected.

February 3, 2018 The Editor Comments Off on Car hits fence at East Las Vegas

February 17, 2020 The Editor Comments Off on Raise a glass in celebration of National Drink Wine Day at SAHARA Las Vegas, Tuesday, Feb. 18

All day Happy Hour at ReBar

February 2, 2018 The Editor Comments Off on All day Happy Hour at ReBar

News Nightlife Things To Do

December 15, 2018 The Editor Comments Off on Cheers to the New Year with Caesars Entertainment Las Vegas Resorts
Nightlife Nocturnal Vegas

Statement by Donald J. Trump, 45th President of the United States of America For 6/29/2021

Statement by Donald J. Trump, 45th President of the United States of America For 6/27/2021

ASAP TOWING AND TIMBERS – TWO BUSINESS REVIEWS IN ONE DAY…

RETRACTION #344: NYT ISSUES ITS SECOND CORRECTION ABOUT THE BABYLON BEE

Statement by Donald J. Trump, 45th President of the United States of America For June 02, 2021

March 15, 2018 The Editor Comments Off on RAIM EARNS MOUNTAIN WEST GOLFER OF THE WEEK NOD

October 23, 2018 The Editor Comments Off on Early Thoughts On The NBA Season

Las Vegas spent more on housing than ever before in 2018

December 28, 2018 The Editor Comments Off on Las Vegas spent more on housing than ever before in 2018

November 13, 2018 The Editor Comments Off on Immplay and Jay@Play Named as CES 2019 Innovation Awards Honoree

Stabbing at 711 on Sierra Vista in Las Vegas

January 9, 2018 Ariana Moore Comments Off on Stabbing at 711 on Sierra Vista in Las Vegas

“ROD STEWART: THE HITS.” RETURNING FOR 16 SHOWS MARCH 6 – OCT. 3 AT THE COLOSSEUM AT CAESARS PALACE

March 12, 2018 ryanrodis@gmail.com Comments Off on The Dilemma

GOLDEN KNIGHTS GET A BLOODY NOSE IN GAME ONE AGAINST SHARKS; RETURN THE FAVOR IN GAME 2

April 15, 2019 Charles Ramos Jr Comments Off on GOLDEN KNIGHTS GET A BLOODY NOSE IN GAME ONE AGAINST SHARKS; RETURN THE FAVOR IN GAME 2

November 7, 2018 The Editor Comments Off on Electric Blues Icon Howlin’ Wolf’s Legendary 1959 Debut LP ‘Moanin’ In The Moonlight’ Reissued On Vinyl Ahead Of 60th Anniversary

Carnell “Golden Pipes” Johnson Honored by The Venetian and The Palazzo

June 7, 2018 The Editor Comments Off on Carnell “Golden Pipes” Johnson Honored by The Venetian and The Palazzo

April 18, 2018 The Editor Comments Off on MS. LAURYN HILL’S THE MISEDUCATION ﻿OF LAURYN HILL WORLD TOUR

May 29, 2018 The Editor Comments Off on X BURLESQUE CELEBRATES SWEET 16 ON THE LAS VEGAS STRIP AT FLAMINGO LAS VEGAS

“A DAY WHICH WILL LIVE IN INFAMY”

December 7, 2019 Charles Ramos Jr Comments Off on “A DAY WHICH WILL LIVE IN INFAMY”

December 17, 2018 The Editor Comments Off on ROBATHAM’S BUZZER-BEATER IN OVERTIME DOWNS BYU

Statement from the Office of the Former President

January 25, 2021 Charles Ramos Jr Comments Off on Statement from the Office of the Former President