Come now my dear children and lend me an ear, ’twas a century ago now this very year, the world beheld great tragedy on the fish-filled waters of the cold North Sea. Come hear of that vessel of worldwide renown, and the night that the good ship Titanic went down.

Born of a dream to the White Star Line, from bow plates to stern she was one of a kind. Opulent might, sleek power and grand.

They said nothing could sink her, not God’s holy hand. O’er the wine dark waves spread fast her renown, but the good ship Titanic was fated to drown.

In the year of our Lord, 19 and 12, on a comely warm mid-April day, slipped her moorings did she and put out to sea, sailing then quickly away.

She  left behind England’s proud sea-washed shores, her destiny, bound for history, into port she would come nevermore. On her maiden voyage, bright shiny and new, carrying 2200 passengers and crew.

Captain Edward John Smith, that old man of the sea, her maiden voyage was his last one to be. Steady upon the helm was his hand, cold sober was he of thought. Long plieth he that cold dark sea so rife with danger fraught. His faith was great in her construct, so wondrous and so sound. On that fateful eve how could any believe Titanic would ever go down?

Her manifest did split her guests into three distinctive classes:

and the ignorant unwashed masses.

While the rich in gilded parlors took their lordly suppers, ‘midst the rats ate the poor huddled way down deep near her scuppers. But soon would these barriers on the haughty crash down as the high-born and lowly together would drown.

Bruce Ismay, the White Star Line’s head, stepped onto the bridge and to Captain Smith said, “We can make New York early, let us give her full steam!” as Gibraltar slid aft of her mighty steel beams.

Though he should have known better, still the order he gave, and the good ship Titanic raced headlong for her grave.

While dolphins kept pace full ahead did she race, her majestic prow plowing with a sea queen’s proud grace. In her radio shack tales of bergs fast ahead, but unheeded they went, and onward she sped. As the westering sun set on her that fateful night, no more would Titanic behold golden light.

High up on her foremast soaring, in the crow’s nest stood they perched, two crewmen told to brave the cold while for ice ahead they searched. But on the dead-calm sea that was flat as could be, any ice in her path would be a task for the sharpest of eyes to see.

Then dead ahead one hove into view, but it was already too late For the Lord did decree that this was to be where Titanic must now meet her fate.

Hard to port they tried to turn her aside, her engines they fully reversed. But turned she not for that’s how she was wrought, to die had Titanic been cursed.

As the iceberg, below the waterline, raked down the mighty ship’s side, rivets were peeled as ice destroyed steel, torn away as it crumpled and cried. The shock of the impact ran down her spine, jostling each stateroom, without a care all unaware it spelled great Titanic’s doom.

In through the breaches did the cold North Sea pour, on her bridge the First Mate closed each watertight door. As the good ship Titanic began to go down, those locked in her holds were the first ones to drown. Her engines were stopped and Titanic stood still, while the first huge compartment did the wine dark seas fill. 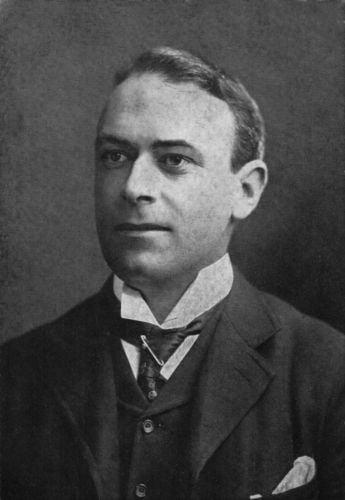 Thomas Andrews, her architect, sounded the wounded boat, and told her Captain there was no way Titanic could remain afloat. As the ice cold sea washed up over the first big hold’s steel lip, Captain Smith the order gave to abandon his fast sinking ship.

Her radioman, mike in hand, sang out the great ship’s distress. So history says, Titanic’s mayday’s broadcast the first SOS.

“To the lifeboats, women and children first!” brave Captain Smith did cry, but half were gone so for that sin half of those aboard must die. Into her huge compartments still, the remorseless sea continued to spill. One by one down the line with the sea dark as wine,

As the band played on, a funereal hymn, Nearer My God To Thee, the good ship Titanic bowed down her proud head, into the icy cold sea.

Not all of the lifeboats launched that night were as full as they could be, so cruel fate decreed more would now need to die in that cold dark sea. Somehow or other, Bruce Ismay slunk into a boat and was carried away.

To his great shame for he carries the name of weasel to this very day.

As her mighty bow went under now, the cold sea washed over her deck, while those whom misfortune had left behind clambered panicking up onto the wreck. Way down at the head, with her stern in the air, the weight on her keel caused her hull plates to tear. In two huge sections did that mighty ship split, down quickly they went, and down there they still sit.

Now the lofty and the lowly too, men and women, children and crew, die horribly in that cold black sea, and they’re still down there too.

To the North of them, ten miles away, the good ship California lay, but that deadly night, deaf to the plight of the dying would she stay. Her radio it had been shut off, her crew had all gone to bed. This accrued to something rude the Titanic’s man had said. When they tried to warn him they were told to pipe down, so their salvation dreamed while so many drowned.

Meanwhile, also New York bound, the Carpathia heard them and turned back around, driving hard through the night they arrived at the site, but Titanic had long since gone down.

The survivors they found in the lifeboats were seated, staring ’round them as dawn showed the death they had cheated. All about the blood black sea, the high born and low born floated, cold cruel death had robbed the last breath from corpses grotesquely bloated.

705 survivors swarmed over her sides, while 1517 drifted on the cold North Sea tides.

Then while all the wide world held its breath, the airwaves and newsmen sang songs of cruel death. And the tragic end met by that ship of renown, on the night that the good ship Titanic went down.

-REQUIEM FOR A LADY-

One hundred years have now come and gone, yet the legend of that great ship lives on. In her unmarked grave, more than two miles down, lies the wreck of Titanic, that ship of renown. In darkness eternal ‘neath the wine dark sea, two pieces sit amidst her coal and debris.

Her big triple screws bite now deep into mud, while through her vanished decks sea creatures scud. On her bridge the telegraph at all stop yet stands where last she was set by her dead First Mate’s hands. One day the rust will devour the might that last cleaved the sea on that terrible night.

Her berth in New York will now forever wait, for those whom a century ago met their fate. Sometimes that’s just the destiny God decrees, for those who in ships shall go down to the seas.

Let us never forget that great ship of renown, or the night that the good ship Titanic went down.